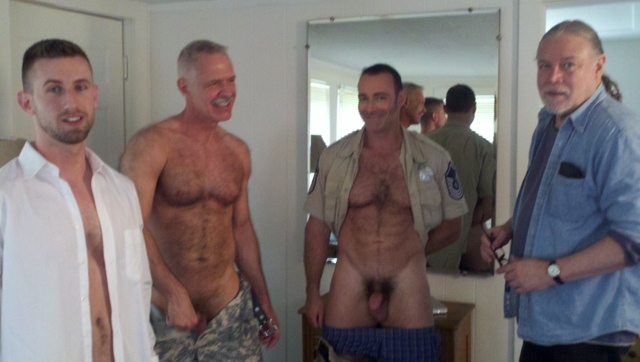 I had the good fortune to be a last minute performer in an upcoming Joe Gae /Ray Dragon production. It was hot , fast and fun. 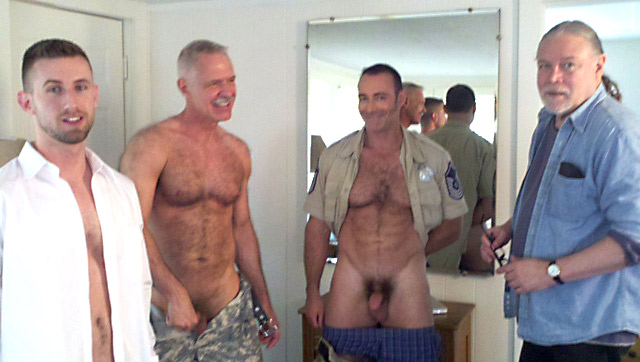 One my latest visit to New York I sent a howdy email to Joe Gage to let him know I was visiting his neck of the woods. I like to let him know I'm around as it's always a pleasure to get the chance to hang out with him.

To my great delight he wrote right back asking if I'd like to come upstate and be a guest star in his latest production. I was gonna be an army guy.

The answer was of course FUCK YES!

This also meant that my beard had to go.

Gotta follow army regulations. I said goodbye to the beard (for a little while ) See video HERE.

Frankie picked me up at the train station with Jake Deckard in tow. Jake had been helping with the production (behind the cameras) . Getting left alone in the car while Frankie went into a shopping center for supplies meant a hot tongue and spitswapping session in the parking lot with Jake. What a hot fucker he is!

My britches got soaked with pre-cum in the Savemore parking lot deep kissing this stud. (see pic). 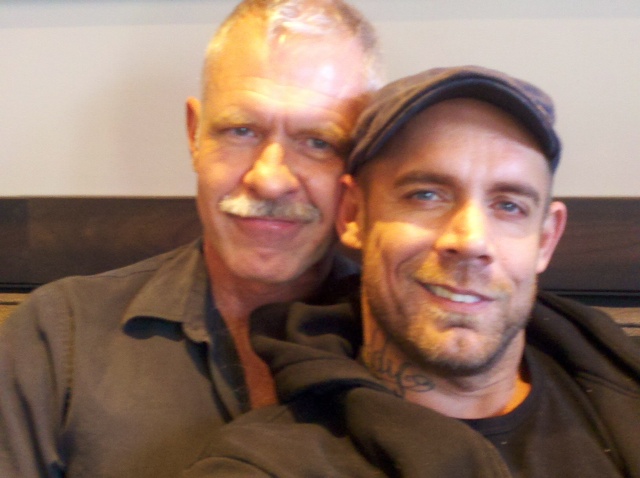 We swung by the hotel where I said a quick hello and goodbye to Conner Habib (my "son" in Dad Goes to College). Picked up Brad Kalvo and Troy Daniels (my co-star in Inmates) and headed off to location.

This was the first time I had met Brad. He had beautifully fucked my boyfriend Will Swagger in Head Trip and I had heard only good things about him.

Brad looks you right in the eyes and is so full of play and sexiness I could see why Will was so enthralled.

I love working with Troy. We had run into each other at the Grabbys in Chicago a few weeks ago and he's blast to hang out with.

Brad is beautiful and likes his nipples played with! Hallelujah! My nips are sensitive too, so I knew we would get along fine.

Troy and I blow our loads on Brad as he fires off on himself.

It's all over too soon and the next thing I know, I'm back at the train station with a fat check in my wallet.

I can't believe my good fortune!

While waiting for the train who should I run into, but Jake Deckard on his way back to the city.