Dad's Latest adventure will be out soon.

BUY IT HERE (DVD or Download to Own) starting June 27th

This will be the third "Dad" movie that I've gotten to do with Joe Gage and Ray Dragon, and...

Sometimes I feel like I have to pinch myself.

In 2007 I was called in several times to the Titan offices to interview with Joe Gage.

He was extremely respectful and friendly as he listened to how I spoke , watched how I walked, and generally took some time to size me up for upcoming projects. I had to remind myself to just be myself and allow what comes to come.

If I wasn't right for the part so be it.

Meanwhile it was challenging to not keep thinking that this was the man who created those scenes in El Paso Wrecking Co. that I had shot so many loads to. To my great delight I later got cast in "Barnstorm". 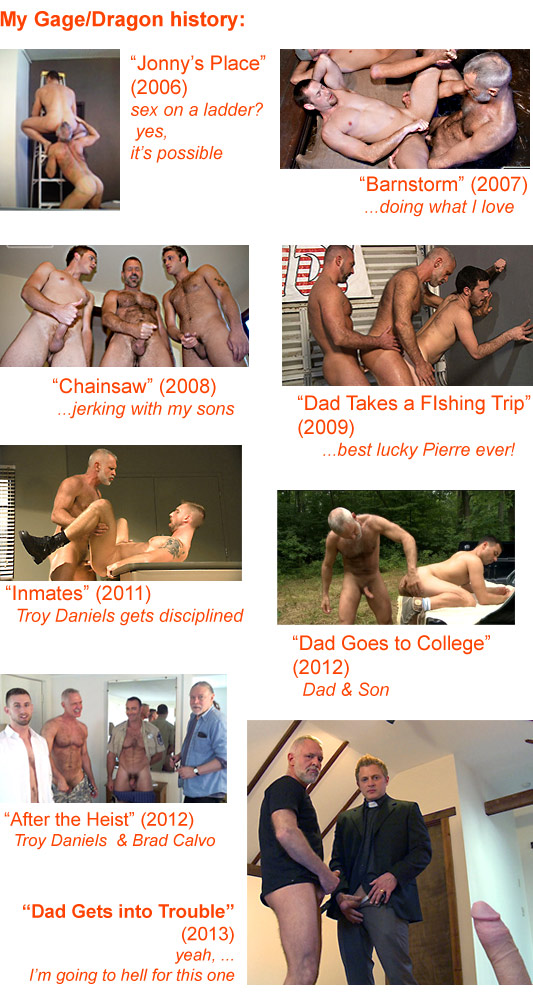 That was the first time I worked with Mr. Gage. Also the first and only time I've had sex on a hay hale.

It was to be the first of many "firsts" for me.

Earlier this year, we finished shooting "Dad Gets Into Trouble". The third in the "Dad" series.
Dad ventures into new territory in  this one. We meet more of his very friendly family and cross some more lines. I was in pig heaven!
I remember Michael Anthony commenting on the set how he likes being in "Gageland".

I have to agree.

It's been one of the most fortunate events of my life that I got tapped to work with Joe Gage & Ray Dragon as the main character of this series.
Simple but intense edgy situations crossing the line over and over again.

Who would have believed that I would get to be one of them all those years ago when I was jerking to Richard Locke on VHS.

Naked pool with Troy, Will & Josh